When Your Software Stops Working 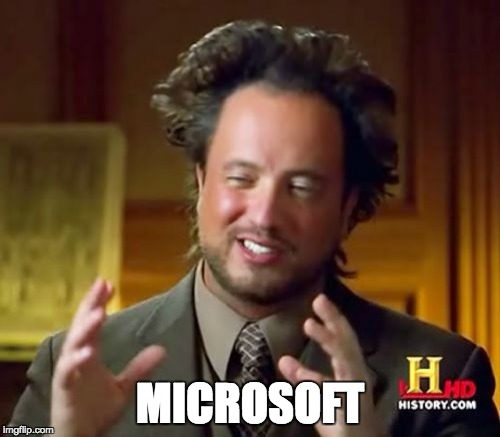 Posted by Samrobb on 9/29/2016 No comments:
Email ThisBlogThis!Share to TwitterShare to FacebookShare to Pinterest
Labels: Humor, Software

From the friend of a friend on the Book of Faces:


When they said 'anybody can be President in this country', we should have taken that as a warning.

Posted by Samrobb on 9/26/2016 No comments:
Email ThisBlogThis!Share to TwitterShare to FacebookShare to Pinterest
Labels: Politics, QOTD, Snark

The scene in my head: 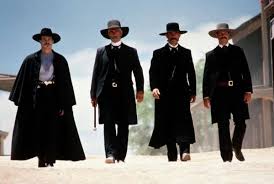 What ends up on the page: 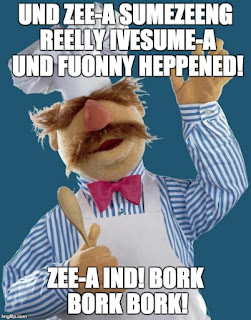 Posted by Samrobb on 9/24/2016 No comments:
Email ThisBlogThis!Share to TwitterShare to FacebookShare to Pinterest
Labels: Personal, Writing

For The Libertarian Bone Fans Out There 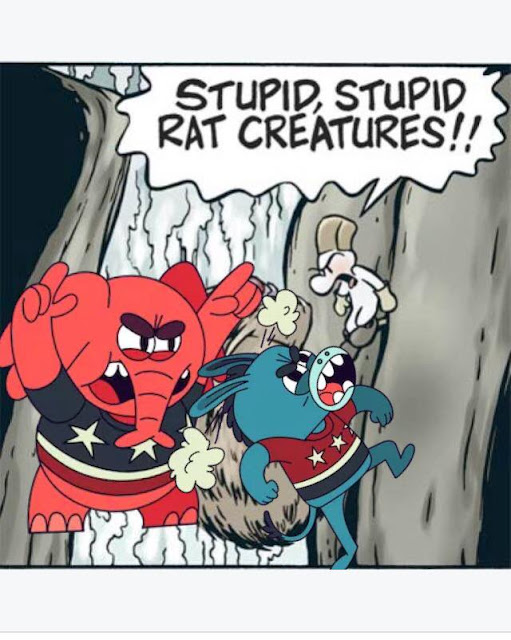 Posted by Samrobb on 9/24/2016 No comments:
Email ThisBlogThis!Share to TwitterShare to FacebookShare to Pinterest
Labels: Humor, Politics, Snark 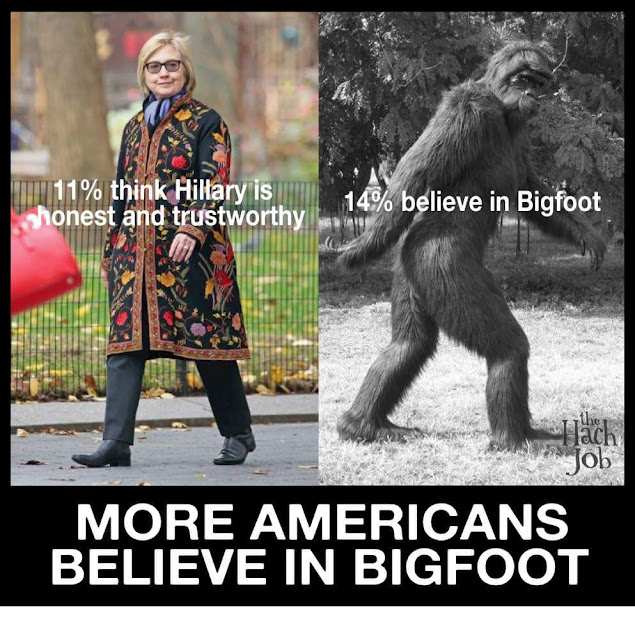 I have it on good authority that Bigfoot exists, and is generally uninterested in politics.

His niece, however, votes Libertarian.

Posted by Samrobb on 9/23/2016 No comments:
Email ThisBlogThis!Share to TwitterShare to FacebookShare to Pinterest
Labels: Politics, Snark, Win 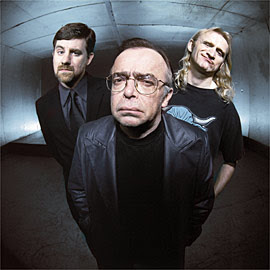 Posted by Samrobb on 9/23/2016 No comments:
Email ThisBlogThis!Share to TwitterShare to FacebookShare to Pinterest
Labels: Personal

From Michael Z. Williamson on the Book of Faces:

They're called the "left" because they are never right.

Posted by Samrobb on 9/21/2016 No comments:
Email ThisBlogThis!Share to TwitterShare to FacebookShare to Pinterest
Labels: Politics, QOTD, Snark

Spent some time with the family at an Undisclosed Location [1], and had an absolutely wonderful time. Sun, surf, and swimming with da goils, and waaay too much good food. [2]

Oddly enough, the lovely Mrs. Robb and I did not discuss the zombie apocalypse at any point on our travel to and fro. Instead, when we were on our way home, we ended up on an area of highway that simultaneously had one lane ending (merge right!), one lane becoming exit only (merge left!), and if that wasn't enough, signs warning about construction ahead. With instructions to, you guessed it, merge.

The missus mused aloud as to why they do stuff like that, and pretty much fully formed in my head came the following response...

See, after WWII, members of the German Anhenerbe scattered. A couple of them managed to make it to the US, where they used fake papers to get jobs with the Department of Transportation. They encouraged and eventually helped plan the interstate highway system, and used their influence to lay out the interstates in a specific pattern. Hidden in the interstates is a Great Rune that would summon the Old Ones. The traffic moving along the roads powers the Rune - it's kind of like water running a Tibetan prayer wheel. It would take decades, but eventually all that traffic would generate enough power that the Old Ones could pop in for a bit of armageddon.

When the CIA finally caught up with them in the mid-70's, it was way too late. Too much of the roads were already laid out and in use, and the Rune was gaining power every day. The government couldn't admit that it did anything wrong - even knowing that the Old Ones exist is highly classified, need-to-know stuff. It would be political suicide for anyone to even suggest putting together a program to demolish tens of thousands of miles of perfectly good roadways for no apparent reason.

The engineers at the DOT figured out a long-term plan to completely disable the rune by re-routing certain parts of the interstate system slightly. They're doing that now. That's why, sometimes, you see a new section of interstate being put in, and you wonder why those idiots are building a new road when there's a perfectly good one right here.

That takes time, though, and has to be done oh, so carefully - it's kind of like working on a live high voltage wire. When they screw up, the repercussions are painful. Freak weather, reality TV, clown infestations, the 2016 primaries... Meanwhile, every day, all the traffic on the still-effective sections of the Great Run are still slowly powering the cursed thing up. The DOT knew what they needed to do, they just needed to buy some time to get it done.

So they started intentionally bunging things up.

Interrupt the flow of traffic along the interstates, and you change the rate at which the Rune powers up. That's why you see miles of construction cones with nothing actually going on... and when there is something going on, it always seems to be done in the most inconvenient manner.

It only took them a little while to figure out that the best folks to do that sort of planning were - you guessed it - sociopaths. So these days, they actively recruit construction planners that absolutely delight in making road work completely and utterly suck for everyone who encounters it. The negative emotions that they manage to generate that way actually draw additional power from the Rune itself, so it's even more effective than you'd think. Enough so that they've been able to table the idea of nuking New Jersey in 2022. Though from what I understand, that's still on the table as an emergency backup plan if Jersey Shore gets greenlit for another season.

So - next time you encounter road construction, remember that it's completely intentional, and absolutely required to keep us safe from Things Best Left Unmentioned. Our very best - by which I mean, our very worst - men and women are working hard to make sure that each and every construction delay you encounter is even more annoying than the last.

Just make sure you do your part, as well, and curse the misbegotten spawn of drunken illiterate imbeciles who are responsible for turning your particular strip of interstate into a parking lot. There is, quite literally, no better way to show your appreciation for their job well done.

[1] OK, OK. The Outer Banks. Specifically: Avon, North Carolina. As close to Heaven as you can get on Earth, IMHO.
[2] The Captain's Table in Buxton, NC. Give the scallop dip a try.
Posted by Samrobb on 9/18/2016 No comments:
Email ThisBlogThis!Share to TwitterShare to FacebookShare to Pinterest
Labels: Humor, Snark, Writing

Hit 25K words total on the current work in progress.  Looks like the prologue is actually going to end up somewhere around chapter two.  As frequently happens in any endeavor, initial plans (and outlines) have been modified and altered as things progressed.

In terms of tools, I started off using Google Docs.  It became apparently quickly that while that's a great thing for short (4-5 page) editing, it doesn't quite work for longer form stuff.  I tried splitting things up into separate chapters.  Then separate scenes in each chapter.  That was kind of OK, but I kept forgetting where I was, and keeping all my research notes organized was a hassle, and geez I wish I could search everything at once...

At which point, I recalled a "writer's editor" that I heard mention of in the past. A quick search reminded me that I was thinking of Scrivener.  They had a 30-day free trial, and the features looked really, really good, but... I mean, you know how these specialized tools are.  You give them a try, and yeah, they do just what you need, but then you look at the price and...

At that point, I figured it had to be worth trying out.  I mean, yeah, maybe it was overhyped.  If it turned out it was a halfway decent editor, though, at least I could afford it, and anything had to be better than a bunch of random Google Docs strewn all over the place.

So I downloaded it, spent an evening going through the tutorials, and... wow.  I'm a programmer in my day job, so I've got some pretty strong opinions on editors.  Scrivener does a lot of things right.   A lot of things.  It's got some quirks, but overall, it's amazing.  What really sold me on it, though, was the way it lets you put things in multiple documents within a project and "compile" them to produce a final product.

This is exactly what I was trying to do in Google Docs, poorly.

It took me just a few minutes to import my work to date from Google Docs.  Then I spent about an hour refactoring it (which is a highly technical programmer term that means "split it up and shove it around").  When I was done, I had a document structure that reflected my outline, split into chapters and scenes.

Writing a book?  Hard.  Writing that one scene? Then that other scene?  Then jotting down some notes?  That's a whole lot simpler.  A couple of days later, I had doubled my word count, imported a bunch of reference docs, and had notes and metadata all through my work in progress.

The only thing that I was kinda sorta worried about was backup.  Scrivener will do automatic backups of your project to any local drive, but I wanted something on remote storage.  For a couple of reasons, just mounting Google Drive or Dropbox or whatnot locally is not an option for me.

Then a friend at work mentioned something called rclone, which is a free command-line program that lets you sync files to a rather large number of cloud providers.

Did I mention I'm a programmer?  Command line tools are awesome.

It took me a few minutes to download an install rclone, get it set up to talk to my Google Drive account, and then I got to spend a couple of minutes writing and debugging a shell script to do periodic backups.  Of course, I wanted to generalize my backup script, so I needed to set up a couple of additional Scrivener projects - one for for some snippets I've been working on, another for the Sweepers story that I tried to do for last year's NaNoWriMo.

I suspect I'll create another for sermons and preaching notes before to long.  Scrivener just makes it so easy.

Scrivener and rclone.  A+++, highly recommended, would buy again.