Yep, That's Me Right There

From a friend on the Book of Faces: 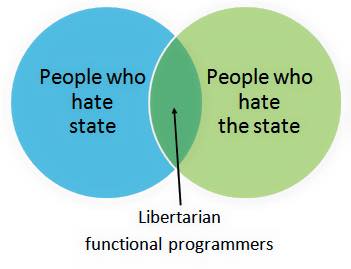 Now, if you will excuse me, I apparently need to go start learning Erlang.
Posted by Samrobb on 2/26/2015 No comments:
Email ThisBlogThis!Share to TwitterShare to FacebookShare to Pinterest
Labels: Personal, Politics, Software, Technology, Win, World View

Took the day off, slept in... then got dressed up along with Eldest Daughter and headed downtown to see "The Phantom of the Opera". 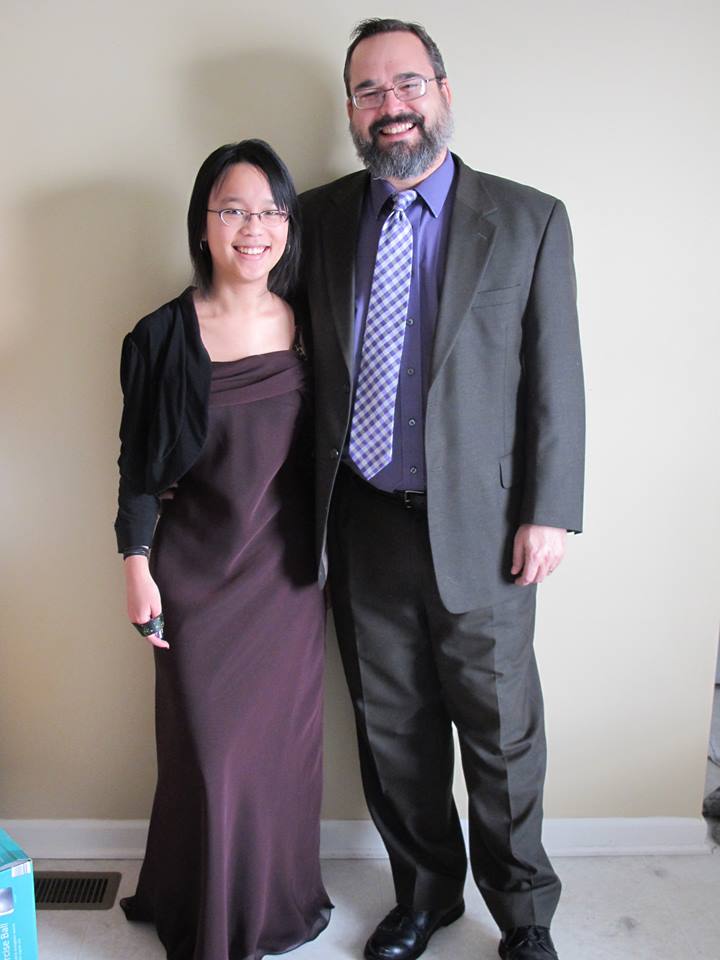 The play was good - the sets were absolutely amazing (says the geek).  Oh, there were some people singing, too.  They did a pretty good job, I guess.  My main problem was with how they wrapped up the plot at the end. I mean... Raoul?  You go after Christine, who has been taken captive by a murderer whose M.O. is to hang people, and you don't even think to bring a knife?  Dude.  Seriously?

Afterwards, we stopped in for a visit to Eide's Entertainment, where we geeked out over their comic book collection and E. D. picked up a new Star Wars novel.  From there, it was a hop, skip and a jump to the Station Brake Cafe for shrimp scampi and a Bourbon Street filet, then home for an evening playing on the Wii.

All in all, a very wonderful day.

Posted by Samrobb on 2/19/2015 No comments:
Email ThisBlogThis!Share to TwitterShare to FacebookShare to Pinterest
Labels: Personal, Win

Tuesday morning at oh-dark-thirty, Dad headed to the hospital for an appointment with general anesthetic, a sharp knife, and a very skilled surgeon.  A few hours later, he was in a hospital bed in the neurological ICU with a bandage on his head, a massive headache, and a new lack of Bad Stuff in his brain.  All in all, the operation did not just go as well as we could have hoped - the situation was even better than the surgeons had initially thought.

As a result, this morning... they sent him home.  As Dad commented, "Darn near outpatient brain surgery".

Went from that good news to my annual performance review at work.  Looks like they think that I am worth keeping around [1], which is just fine with me.

Third bit of news: the house construction is proceeding (albeit more slowly than we would really like).  We received official notice from the builder that our anticipated completion date is May 31st, which is wonderful.  I am hoping that we can be moved in by May 30th, which is a date of some significance to myself and the Lovely Mrs. Robb, as it is the day that she officially became the Lovely Mrs. Robb mumble-mumble years ago.

Oh, and hey - speaking of anniversaries, today the Embedded Theologian is 7 years old.  Yay!  Just in case you needed an excuse to scarf some cake. [2]

[1] Either that, or I am such a pitiful wretch that the thought of firing me is akin to the idea of kicking a sad puppy.  I don't really want to know which one is more likely.  Let me enjoy my illusions.
[2] Other than, "Hey, there's cake!", I mean.  Some of us like to rationalize.
Posted by Samrobb on 2/12/2015 No comments:
Email ThisBlogThis!Share to TwitterShare to FacebookShare to Pinterest
Labels: Blogging, Personal

Observation of the Day

As a software developer, there will come a time when you need to execute an external program or programs in order to accomplish a non-trivial task.  Being a good developer, you will run and test your commands separately from your program; and being a lazy programmer (laziness being one of the great virtues of a programmer), you will put these commands in a shell script, so that you can quickly iterate and discover potential issues and problems.

Finally, when you are done, you will - again, being a lazy programmer - think, "Hey, I have a shell script that already does this thing.  I should just have my program execute the shell script!"

A truly lazy developer will recognize this.  Realizing that investing some time now will allow him to be lazy in the future, he will take that shell script and re-write it in something maintainable, like Python.  Or Ruby.  Or... heck, just about anything else.