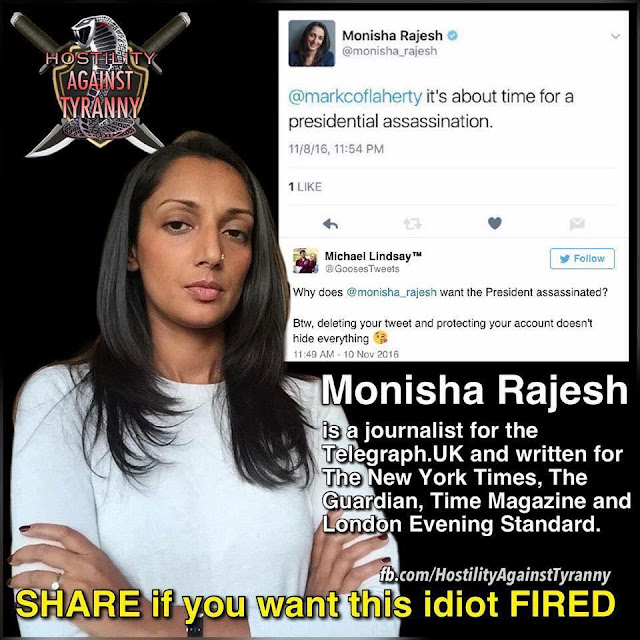 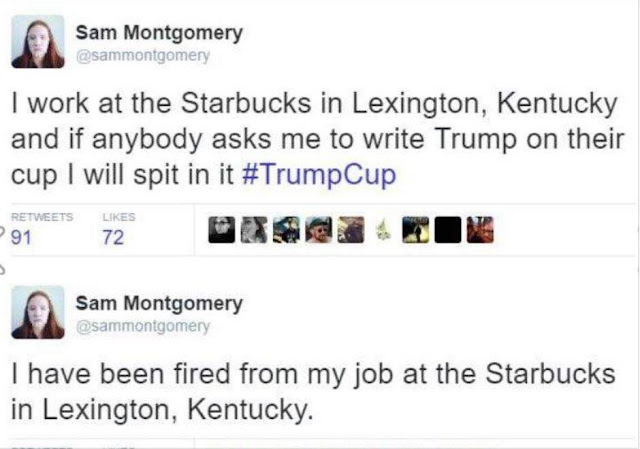 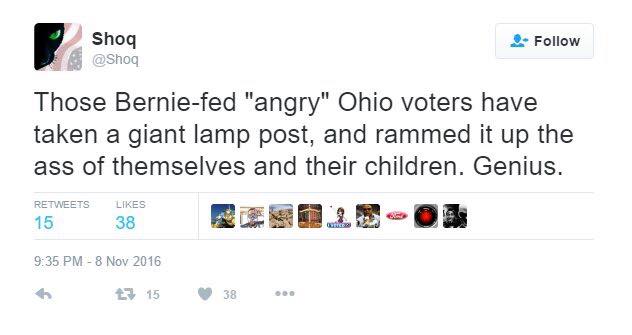 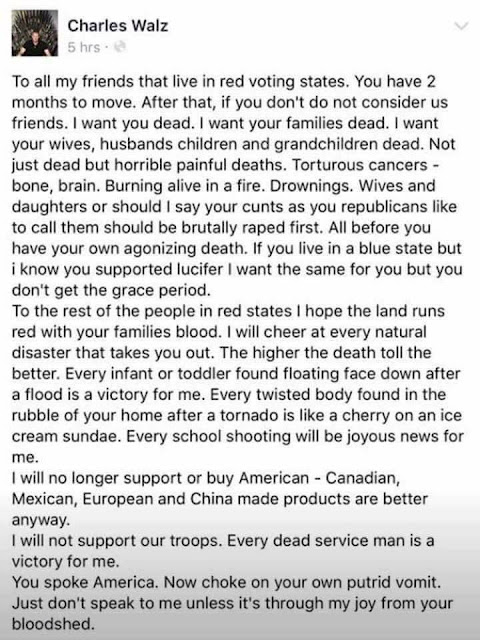 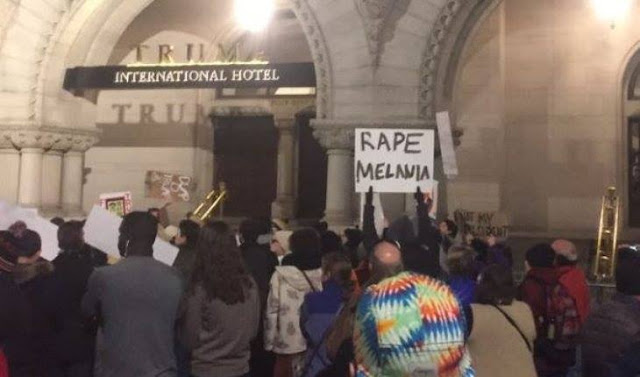 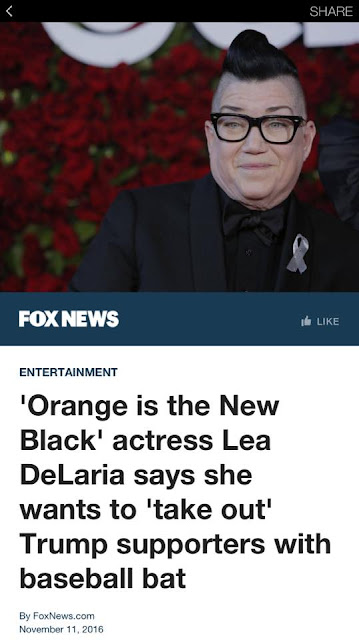 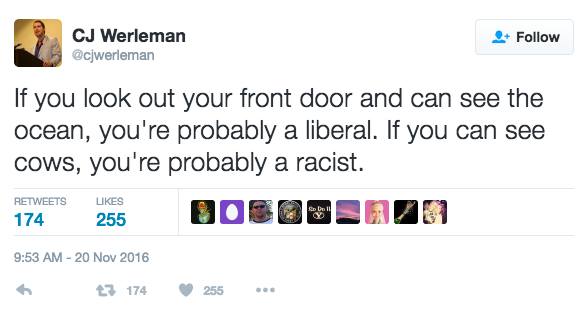 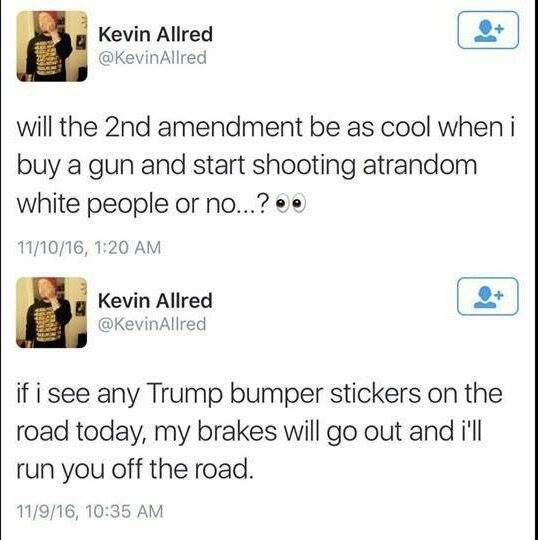 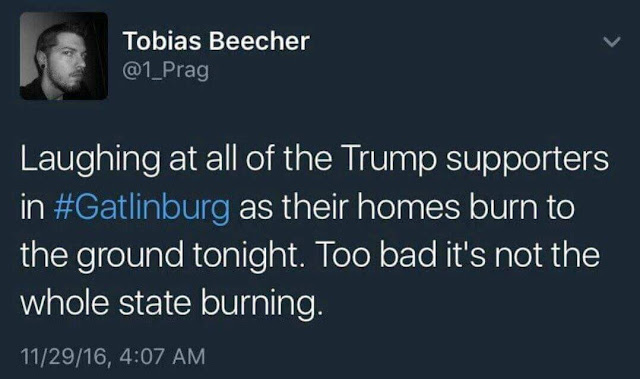 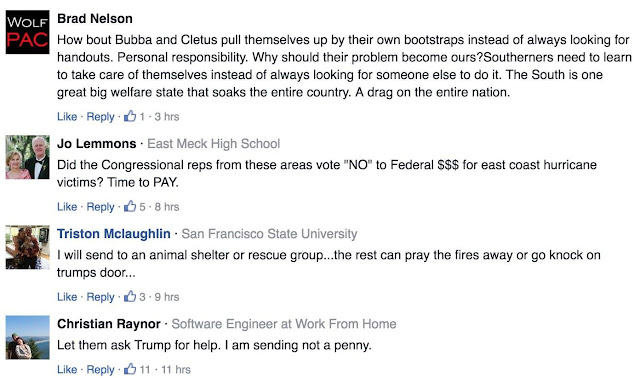 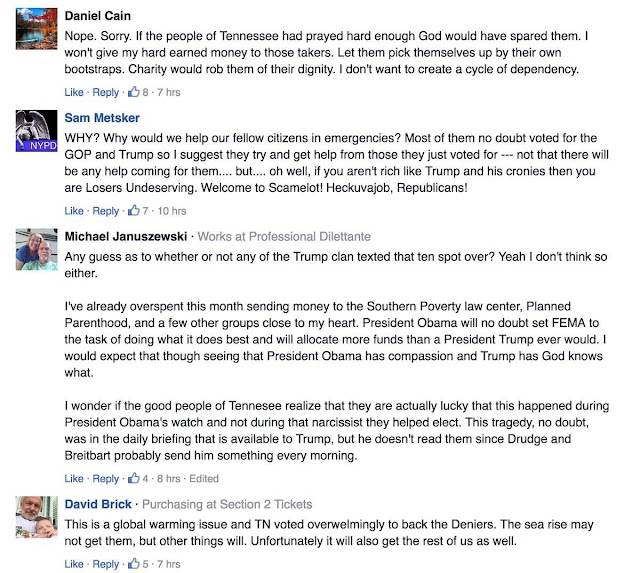 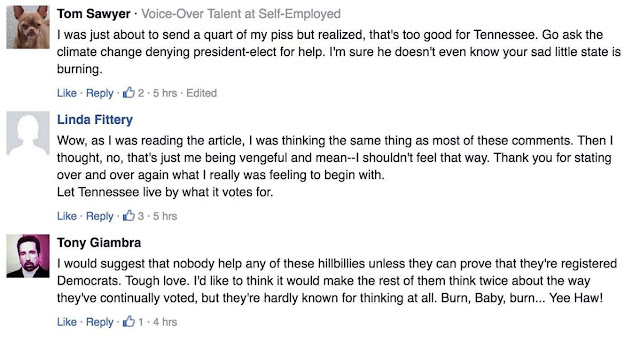 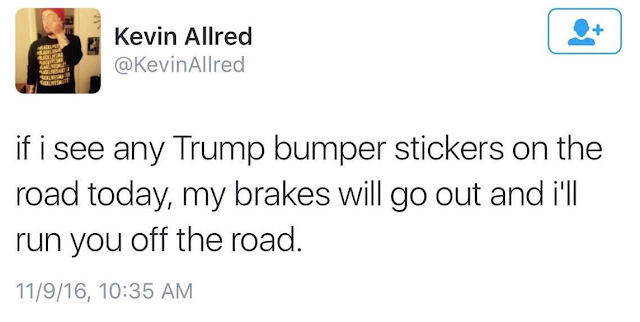 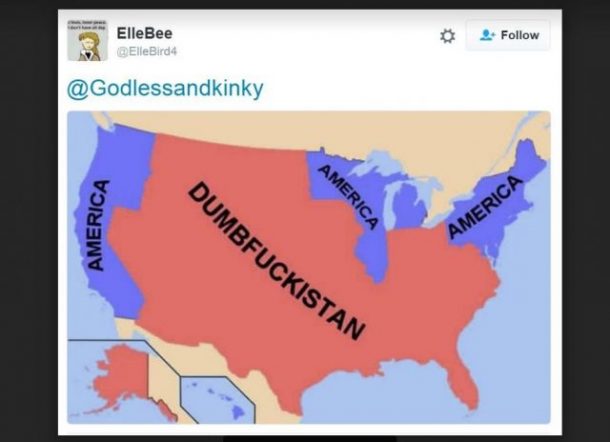 Posted by Samrobb on 12/01/2016 No comments:
Email ThisBlogThis!Share to TwitterShare to FacebookShare to Pinterest
Labels: Mindless Jerks, Politics

Dang if it isn't happening.

For a couple of reasons - sickness and family being two, the holidays being the third - NaNoWriMo turned out to be a wash for me, but it did encourage me to write, which is a Good Thing.  I mananged to just about double my word count this month, which is a cause for rejoicing.

So, with that - here's another snippet for you, discussing long life, memory, and personality.


The walked along the edge of the tarmac towards the main building, Mike leading the way with she and Sophie trailing along on either side.  She couldn’t help but notice that spite of his even words, Mike seemed annoyed.

“Coy?”  Mike shrugged. “Yeah.  Pretty much.  He’s…” he trailed off for a second, thinking.  “Not flighty.  That’s not the right word.  Easily distracted?”  He shrugged again.  “Don’t know how to describe it.  Sometimes he just gets an idea in his head, and he goes after it.”

She frowned, trying to recall… “You said something like that at the diner.  Has he always been like this?”

Mike stopped walking, and she and Sophie stopped as well.  He gave her a long look, considering, before he spoke.

“How…” she stopped, shook her head.  “What do you mean?  I got the impression that you two have been friends for forever.”  Mike raised his eyebrows, and for some reason, she found herself blushing.  “For a long time, I mean,” she said.

“I know Coy’s talked doing stuff out in California with you during the gold rush days,” said Sophie. She cocked her head inquisitively as she spoke.  “I thought y’all went back even further than that.”

“Yeah.  See, when it happens, you… you don’t always know right away.  Sometimes you do.  Take Alexi.  He knew right away that he had run into something that changed him.  It’s not always like that.  It wasn’t that way for me, at least.  Not for Coy, either, from what I gather.”  He jammed his hands in pockets, and looked down at his feet.

“You just kind of… live longer, at first.  I just thought I was in good shape when I was younger.”  He glanced at her and gave her a wry smile.  “Young men are stupid.”

“Guilty as charged. Of course I was stronger, of course I healed faster than most people, but when you’re young, you just figure that you’re lucky that way.”

He pursed his lips and looked off into the distance.  “Then you start getting older,” he said quietly. “Folks tell you that you’re aging really well, you don’t look a day over thirty.  That sort of thing.  You just figure you’re in really good shape, really lucky… then the people around you start dying.”

She glanced at Sophie.  The sasquatch shook her head slightly, and said gently, “That must have been hard.”

Mike snorted.  “A bit.  That’s when you get a clue that there’s something different about you.  You’re sixty, seventy years old, and you still feel like you did when you were twenty-five.  Maybe the people around you start noticing, start giving you odd looks… so you move, maybe.  Pull up, find someplace new to settle down.”

“Then, around the time you’re hitting the century mark, you realize that you can’t recall some things.”  He half turned to look at her.  “What your dad did for a living.  What the color of your sister’s favorite dress was.”  As he spoke, he seemed to shrink into himself.  “Your mother’s name.”

She opened her mouth, decided that there was nothing she could really say to that, and chose to remain silent.  In that brief glance from him, she had seem the same look in his eyes that her Dad did when he was remembering Mom.  The pain of loss.

Mike was silent for a second, then sighed and straightened up, taking his hands out of his pockets. “Coy’s got some thoughts about it, and from what I can tell, it makes sense,” he said in a more normal tone of voice.  “We live a long time, but we’re still human.  Only so much space up here,” he tapped his head, “and it eventually gets filled up.  So whatever it was that you haven’t thought about in a long while starts getting dumped out, so you can put new memories in those buckets.”

“That… that sounds a lot like Alzheimers,” said Sophie.

Mike nodded at her.  “Yeah.  I think that’s the way it works for most people, actually.  It’s just more noticeable with us.”

He grimaced and started walking again.  “As time goes by, yeah.  You get used to it, eventually.  You compensate.  Coy and I both keep detailed journals, for instance.  It helps fix things in your memory longer - you remember doing something, then you remember writing about it, then you remember reading about it.  Even with that, though, you find you can go back maybe forty years or so before things start getting fuzzy.  Past seventy, and it gets really sketchy; you recall the big things, but little stuff is pretty much gone.  Past a hundred, and, well,” he spread his hands, “that’s why we keep journals.”

“So you don’t know why Coy’s the way he is,” she said, slowly.  Mike looked at her and gave a tired little chuckle.

“Isn’t that true for all of us, though?” said Sophie thoughtfully.  “One way or another?”

They walked for a few seconds in silence before she put her hand out and touched Mike’s shoulder.  He stopped and turned his head to look at her questioningly.

“That’s why you’re, I don’t know.  Forgiving?  Willing to give Alexi some slack,” she said, as she dropped her hand.

“Not sure what you mean.”

She frowned, trying to put the thought in order.  “Empathy.  Something… happened to him, but he can’t remember it.  It changed him, though.  And now he’s got to deal with being who he is, even if he doesn’t remember how he became that person.  Kind of the way you and Coy have to, just on a smaller scale.”

“Huh,” said Mike.  “I don’t think I would have ever put it that way.”  He frowned, then nodded.  “Probably pretty close to the truth, though.  Mind you,” he continued, “it doesn’t mean I like him.  He did break my nose, if you recall.”

She raised her eyebrows.  “Oh, believe me.  I remember that.  I’ve got my own bone to pick with him.”  Her leg was still sore from the pummeling Alexi had delivered the night of the election.

“Still,” rumbled Sophie, “Your enemy is never a villain in his own eyes. Keep this in mind; it may offer a way to make him your friend.”  Mike looked at Sophie quizzically, then back at her as she chuckled.

“If not, you can kill him without hate — and quickly,” she said, finishing the quote.  “Heinlein,” she said to Mike by way of explanation.