What MOS Would That Be?

The New York Times reports that the Iraq Army is attempting to draw deserters back to the war on ISIS:

QUSH TAPA, Iraq — The Iraqi military command has begun a campaign to re-enlist soldiers and officers who abandoned their units, a crucial step in its effort to rebuild an army that has been routed in battle after battle by Islamic State jihadists.

Even as the government has continued to equip volunteers, the de facto amnesty for deserters is an acknowledgment that the army desperately needs experienced soldiers — even ones who ran — for a force that is sustaining heavy losses despite the American-led airstrike campaign against the Islamic State, also known as ISIS.

In my imagination, the recruiting conversations go something like this...

"You country is thankful for your dedication, Private Said. You must understand, though, even with the amnesty, you will most likely be assigned to different duties than the ones you were originally trained for. Let us see... ah, yes. Your new post will be, mmm, as 'anti-tank round ablative armor'."

"Fortunately, no real retraining necessary there, eh? Take him away and strap him to something with an engine, will you, Sergeant?"

Why, yes, I have been reading Tom Kratman's Carrera series.  Why do you ask?
Posted by Samrobb on 9/29/2014 No comments:
Email ThisBlogThis!Share to TwitterShare to FacebookShare to Pinterest
Labels: Foreign Affairs, Military, Snark

A while back, I did a quick, back of the envelope calculation comparing a Tesla Model S to a Toyota Corolla, and figured that the Model S would have to come down in price - a lot - in order to compete purely on cost over a five year period. [1]  The price of a Tesla really only makes sense if it costs about $12,000 more than a Corolla.  (Interestingly enough, that is the reported cost of a Model S battery pack.)  That works out to about $30,000.

In other words, once I can buy a Tesla for 30 grand, it will become a worth looking at as a possible worthwhile investment for me.  Depending on the expected life of the car, and the price of gasoline, it might even be worth it at a higher price point.

So I've been keeping an eye on the Tesla Model 3, which was supposed to approach this price range.  Current opinion, however, seem to be that the price will end up in the $50,000 range.

A shame, really, since they seem like such interesting cars.  Unless something changes, though, it looks like there is no Tesla in the near future for me.  Well... no new Tesla.  I will have to wait and see how well they hold their value.  It may be that a used Model 3 with a good usable lifespan might fall into the "worth considering" range.

[1] Rough figures: $62k for a Tesla Model S, $18k for a Toyota Corolla that gets 27 MPG.  If you take the difference in price ($44k) and put gasoline at $4/gallon, the Corolla can go 297k miles on $44k worth of gas.  At 15k miles/year, that is almost 20 years worth of gasoline for your Corolla.  With that price differential, you can by a new Corolla, drive it for five years, then buy another Corolla, drive it for another five years, and still spend less than you would on the Model S.  Keep in mind that is without considering the charging costs for the Model S at all.
Posted by Samrobb on 9/24/2014 No comments:
Email ThisBlogThis!Share to TwitterShare to FacebookShare to Pinterest
Labels: Economics, Theology

Since getting to/from the Outer Banks for vacation involved a 10+ hour car trip in each direction, I found myself in an excellent position to study and take notes on the Small Child Interaction Protocol (SCIP).  Up close and personal.  In the wild, as it were.

Here, I present my findings to date.

SCIP begins with one of two interrogatives ("Mama?" or "Dada?"), originating from the Child and directed at a Parent.  In theory, the particular interrogative is chosen to establish the communication channel with a particular Parent.  In practice, however, the opening interrogatives are issued in broadcast mode, and the Child is generally happy to connect with whichever Parent happens to answer up first.

If neither Parent is able to answer a connection request immediately, the Child will pause momentarily, and then begin issuing a repeated stream of interrogatives ("Mama?  Mama?  Mama?").  As far as I can determine, there is no rate limiting mechanism employed by the Child when entering into this state.  There is in fact some evidence that the Child will typically employ a negative exponential backoff if there is no ACK to any of the first half-dozen connection requests.

Upon receiving the interrogative, a parent is required to ACK the interrogative.  The actual form of the ACK is apparently very flexible.  "Yes", "Uh-huh", "Hold on", "Wait a second", and even "Who are you?" are all acceptable responses from the Parent.  The actual text of the response may be interpreted by a more advanced Child implementation and used to set communication protocol parameters; however, this is not required, and for most Children, the actual presence of the ACK is enough to finalize the establishment of the communication channel.

A conforming Child implementation will acknowledge the ACK from the Parent by issuing another interrogative.  This may seem redundant, but experience has shown that many Parent implementations will ACK an initial query without bringing any actual processing resources online to deal with the communication stream.  This actually makes sense, as any given Child instance may close down communications when a priority interrupt (ex., remembering a cookie, a sibling Child instance moving, a particularly interesting dust particle, etc.) occurs within 0.0001 ultra-micro-picoseconds of the initial ACK.  Thus, the Parent avoids a potentially unnecessary context switch by waiting for the second interrogative.

A Child will indicate to the Parent that it has avoided a priority interrupt and is fully ready to communicate by issuing a second interrogative.  The format of this interrogative will indicate if the data to follow is a simple statement (and not requiring a reply from the Parent) or a query for information from the Parent.  At this point, the Parent will context switch, bring processing resources online, and prepare to receive data from the Child.

Unfortunately, as Eldest Daughter spent the majority of the trip both ways drawing while listening to her new iPod, the chances to study the Young Teenager Interaction Protocol (YTIP) were minimal.  Keep in mind, though, that YTIP is simply a subset of The Surly Teenager Interaction Protocol (STIP).  If you are familiar with the main-channel and back-channel communication mediums for STIP (i.e., random vocalizations coupled with arbitrary eye rolls and an almost palpable disdain for anyone over the age of 25 or younger than they are), then you're pretty much set as far as understanding YTIP goes.
Posted by Samrobb on 9/20/2014 No comments:
Email ThisBlogThis!Share to TwitterShare to FacebookShare to Pinterest
Labels: Humor, Personal

I May Never Ride With The Calvary

Riding with the 1st Virginia Cavalry at the Battle of Gettysburg

Over 10,000 reenactors showed up for the Battle of Gettysburg last week in Pennsylvania, and I was lucky enough to be one of them.   My buddy from service in Bosnia, and also the best man at my wedding, Mike Schramm has been doing reenacting for about 6 years, and has asked me innumerable times to join him.  The 150th Anniversary of Gettysburg seemed a good opportunity to get my first experience doing it.  And my Editor for The American Legion Magazine said he thought it would make an excellent magazine piece, so my wife (as photographer and camp cook's assistant to Mike's wife Jo) and I camped out with men, women and horses for a week.

Sounds amazing.  I've always enjoyed talking to reenactors.  I'm sorry to have missed the events around the 150th anniversary of Gettysburg.
Posted by Samrobb on 9/20/2014 No comments:
Email ThisBlogThis!Share to TwitterShare to FacebookShare to Pinterest
Labels: Military, Misc, Win

Advise Them Right In The Face

As usual with the Duffel Blog, it's a swing, and a hit...

FORT STEWART, Ga. — A force of approximately 25,000 advisers from the U.S. Army’s 3rd Adviser Division is heading to Iraq to not participate in direct ground combat of any kind, the Pentagon announced Thursday.

“Make no mistake, we are in full-on advisement against ISIL in the same way we continue to advise countries against al Qaeda and its affiliates,” Pentagon spokesman Rear Adm. John Kirby said at a press conference...

Although the Pentagon officially declined to give much detail as to what types of advice would be used, sources told Duffel Blog the troops will be authorized to engage with 5.56mm and 7.62mm advice whenever necessary. In some instances and with higher authority, the division could use 105mm and 155mm advice, along with 500lb Joint Direct Advice Munitions.

Who Ya Gonna Call?

Huh.  Apparently this is A Thing.

Professional Paranormal Investigations is a group of paranormal investigators who try to assist in the unexplained activity taking place in homes or businesses.

Really.  I guess if Seattle can have real-life super heroes, a bunch of guys in Indiana making a living as real-life Ghostbusters makes some sort of sense.

Posted by Samrobb on 9/20/2014 No comments:
Email ThisBlogThis!Share to TwitterShare to FacebookShare to Pinterest
Labels: Eclectica, Weird

Beam Me Up, Opie

A member over at TAGSRWC (The Andy Griffith Show Rerun Watchers Club) posts a couple of pages of photos from Star Trek episodes that made use of the set for good ol' Mayberry:

On this web page I will be showing some of the buildings of Mayberry that were used in 2 episodes of Star Trek, the original series. The Episodes are "Miri" and "The City on the Edge of Forever". Both have some great glimpses of Mayberry that we normally never see in a TAGS episode.

I would have loved to see Mr. Spock encounter Barney Fife.  "You only carry one bullet?  How illogical."
Posted by Samrobb on 9/20/2014 No comments:
Email ThisBlogThis!Share to TwitterShare to FacebookShare to Pinterest
Labels: Eclectica, Media, Win

One Charger to Rule Them All

Now that we have phones, tablets, and a cluster of iPods in the house, perhaps this would be useful... If you're anything like me, your nightstand is full of electronic devices that need to be charged regularly. Enter the Anker 40W, five-port USB charger. 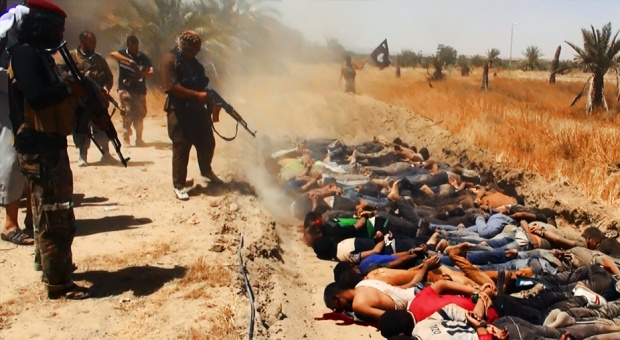 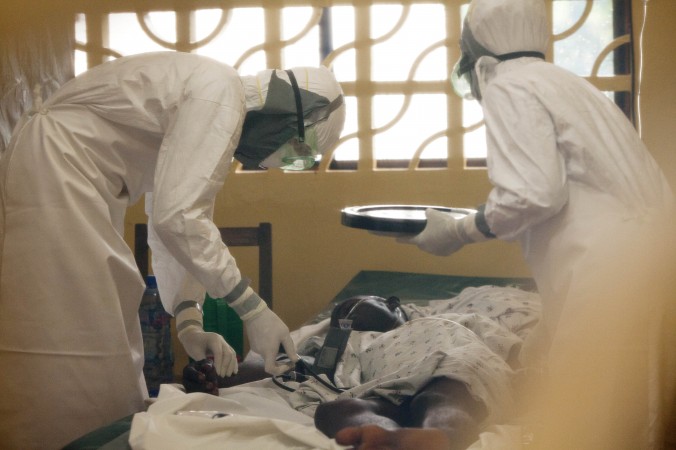 One of these things is not like the other.