Cliff Asness shares a dictionary of key political terms, as progressives understand them.  For example:

Posted by Samrobb on 6/27/2012 No comments:
Email ThisBlogThis!Share to TwitterShare to FacebookShare to Pinterest
Labels: Politics, Snark

Came across this comment over at Althouse earlier today:

I'm still trying to wrap my little brain around the idea that Zimmerman, who had the gun, had absolutely no choice but to fatally shoot Martin.

You know... there was a case in Texas recently where an unarmed man beat another man to death.

(UPDATE: Just in case you were thinking that was a freak occurrence, here's another story about an off-duty SWAT member beating a man into a coma.)

Beating someone is physical violence.  According to Zimmerman, Martin was repeatedly bouncing his head off of the pavement.  If that's true, then there was a good chance that the ultimate result would be serious injury or death for Zimmerman.

In situations like that, "injury or death" of the other person is the goal of the attacker.

On the other hand, the goal of the defender is to avoid their own injury or death.

"Choice" doesn't really enter into it, unless you're saying that Zimmerman should have chosen to let Martin beat him unconscious and possibly kill him.

Seriously.  There is no legal or moral situation where you can reasonably say "Yeah.  You've got to let him beat you to death.  Sorry, dude."  Unless you're somehow intellectually stunted enough that you've made the mental connection that "gun ownership" == "deserves to die".

Not that anyone on the left would ever admit to thinking that way.

The Obama Campaign in a Nutshell 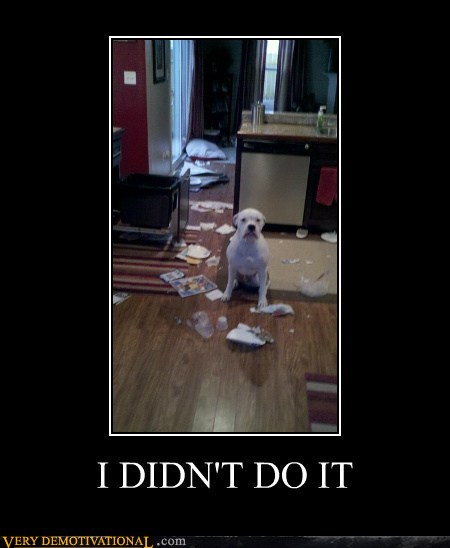 Posted by Samrobb on 6/13/2012 No comments:
Email ThisBlogThis!Share to TwitterShare to FacebookShare to Pinterest
Labels: Politics, Snark 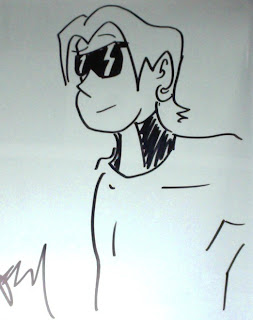 Posted by Samrobb on 6/11/2012 No comments:
Email ThisBlogThis!Share to TwitterShare to FacebookShare to Pinterest
Labels: Personal

Every year about this time - just before our church's annual youth conference - I shave my head.  It started off as something completely unrelated to that event, but managed to get associated with it.  By now, it's approaching a decade-old tradition.  The beginning of June rolls around, and off comes the hair.  My hairless head even has it's own name, thanks to my youngest a few years ago, who called it "Dada's Bald".

I keep the goatee, because - as the Mandarin shows - a bald head and a beard is a fabulous combination.

Just this year, though, I think I've started to see a change in the reaction I get from strangers who see me in all my shorn glory.  In the past, sometimes I would catch people glancing at me, then doing a little bit of a double take.  I was pretty sure I could predict exactly what was going through their head at that point - something very much like, "Uh-oh.  Skinhead?"

Now?  I still see the same reaction, but the double-take is a bit more like a relaxed glance.  For some reason, my bald head and facial hair combination has somehow managed to cross a line I didn't even know was there.  I'm still pretty sure that I can still predict exactly what's going through their minds, though.

Sigh.  Apparently, sometime in your mid-40's, "bald with a beard" stops looking sketchy and dangerous, and starts looking like an attempt to cope with male pattern baldness.

Ah, well.  At least I still have my tough-guy reputation as a computer programmer to fall back on.
Posted by Samrobb on 6/07/2012 No comments:
Email ThisBlogThis!Share to TwitterShare to FacebookShare to Pinterest
Labels: Personal

"Render therefore to all their dues: tribute to whom tribute is due; custom to whom custom; fear to whom fear; honour to whom honor."

Posted by Samrobb on 6/07/2012 No comments:
Email ThisBlogThis!Share to TwitterShare to FacebookShare to Pinterest
Labels: Personal

With 80% of precincts reporting, Scott Walker wins the recall election in Wisconsin, 55% - 45%. Despite the attempts by the MSM to spin this as a close race, this is amazing - a fairy-tale ending to a long,  hard race.

Hei, progressives?  You know what we, the people learned from this election?

We learned that monsters can be killed.

See you in November.

Posted by Samrobb on 6/05/2012 No comments:
Email ThisBlogThis!Share to TwitterShare to FacebookShare to Pinterest
Labels: Politics, Win

Or Should That Be "Weapons Grade"?

Industrial grade snark.  Is there nothing it can't accomplish?

Posted by Samrobb on 6/04/2012 No comments:
Email ThisBlogThis!Share to TwitterShare to FacebookShare to Pinterest
Labels: Humor, Snark, Win

Our "Leadership" Costs Too Much

Two weeks ago, I did some back of the envelope calculations, and decided that The Stimulus™ cost we, the people, about $1.2 million per job saved or created.  Now new figures from the CBO show that the actual cost is somewhere between $540,000 and $4.1 million per job.

Not a bad guestimate on my part, I think.

More to the point, there were 307 elected officials - 246 in the house, and 61 in the senate - who thought that spending this much per job was a good idea.  That's about $2.7 billion per official that they were willing to spend to prop up their own positions.  The only jobs they were really interested in saving or creating were their own.

In my mind, that means there's 307 people that really, really need to be filing for unemployment benefits sometime real soon now.