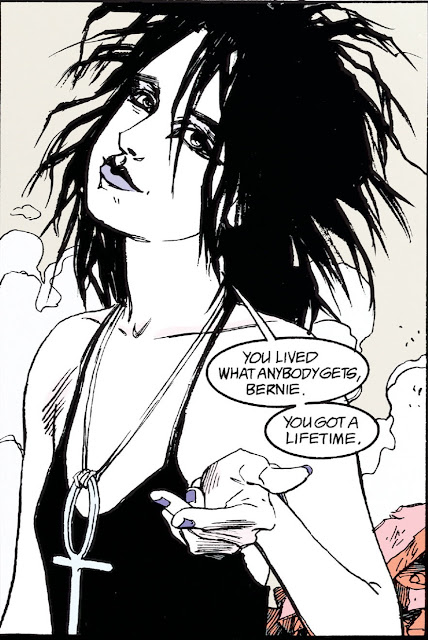 Posted by Samrobb on 9/26/2018 No comments:
Email ThisBlogThis!Share to TwitterShare to FacebookShare to Pinterest
Labels: Personal

"Freedom of letters and truth."

Just making note of the date.
Posted by Samrobb on 9/23/2018 No comments:
Email ThisBlogThis!Share to TwitterShare to FacebookShare to Pinterest
Labels: Personal, Writing

Viano placed the glasses on the table, undid the seal on the bottle.  Poured.  The liquid was cloudy white, and smelled of anise.

Caprice waited until Viano was done.  “It it true what they say about you, O’Malley?”

Caprice nodded slowly.  “I think it does.  Maybe.  So I ask you to come.  Three days ago, my daughter’s youngest, she did not come home.  Her sisters say she was down by the river.  When my Gianna went to look for her, she found this.”

He pulled out a small wooden box and opened the lid, then turned it so Patrick could see.

Inside was a scrap of red cloth.

Patrick reached out, hesitated.  “May I?”

Caprice didn’t answer, just raised his chin.  Patrick reached out and gently lifted the scrap of cloth from the box.  It was faintly damp, still.  He lifted it to his nose, sniffed.

The smell of copper.

He reached out to put the cloth back in the box.  He didn’t try to hide the trembling in his fingers.  He closed the lid before silently taking the glass in front of him and tossing back the contents in a gulp.
He coughed, held the glass out before him until his hand stopped shaking, then raised his eyes to meet Caprice’s.

Caprice lowered his head.  “I knew.”  His voice was quiet, rough.  There would be tears later, Patrick thought.  Not now, though.

“I knew,” Caprice repeated.  “There is nothing to be done for her, is there?”

He chose his words carefully. “Nothing for her, no.”

“For you, maybe,” said Patrick softly.  “For your Gianna.  For your family.  More than that, though - for the other bairns, the little ones.“  He reached out, tapped the box.  “This one, if he’s here, he comes to stay.  Until someone drives him away, he’ll take the children, one by one.  All the children.  Italian, Irish, Polish, Hungarian…”

“Until someone drives him away.”  Caprice closed his eyes.  “What then, O’Malley?  I ask you to drive him away, what happens?  Will he come back some day?”

“Maybe.  Yes.  Sooner or later, yes.  Someone gets careless, someone gets stupid, someone with a knack opens the way, and the Redcap will return.  Worse.  Others will know he found his way here, and they’ll want to follow.”

“It.  Don’t dignify it by giving it more than that.  No, I can’t kill it.”  Patrick took a deep breath before continuing. “But… I can do better than send it back, I think.  I will be needing some help, but I think I can make it so that it doesn’t come back, and nothing would dare follow it.”

Caprice wasn’t a dumb man.  Patrick watched his face as it mirrored his thoughts.

“You’ve thought about this already, haven’t you?”

He didn’t deny it.  “Yes.  I learned from my father, and he from his.  Every generation.  Something comes through.  The fair and shining folk trod heavy upon the grass of our world, and leave people broken and bleeding in their wake.  We have always wanted to stop it, but never had a way.”

“You think you have one now?”

“With your permission?  Yes.  I need to talk to a few others, but yes.  I can seal this thing away for good.”

“Permission.”  Caprice’s eyes narrowed.  “Who am I to give you permission, O’Malley?  This is your work.”

“The forms must be followed.  These ones… they are old.  They wrap the world around them like a cloak, for protection.  There are always openings, though.  Ways to hurt them.”  He kept his face impassive.  “This one, it exists by rules that would let it be bound.  Under certain conditions.  If the moon is right, if the forms are followed.”

He met Caprise’s gaze.  “If the ruler o’ the land allows it.”

He watched the gears turning.  “The governor, you mean?  Or the president?  There is no way that that is happening, O’Malley.”

“Ah!”  Patrick grinned.  “Right thought.  Wrong direction.  ’Tis the undisputed ruler of the land that it is in, what matters.”  He paused for a second, inclined his head slightly.

Caprise watched him carefully, stroked his chin.  “That’s not a title I’d be throwing about, O’Malley.”

Patrick shrugged.  “It is what it is.  Right here, right now?  Men don’t work unless you say.  Those who disobey are… well.  They find themselves in a right jam, don’t they?”  He looked up at Caprise.   “You’re the law here, Caprise.  Judge.  Jury.  Executioner, if it comes to it.”  He shrugged.  “By the rules it lives by, if you give your blessing, I can pass judgement on it.”

Patrick held up his hand.  “Do not ask that.”  He lowered his hand slowly.  “With your permission, there’s naught that I cannot do to it.  If I kill it, though… no.”  He shook his head slowly.  “The curse o’ the thing, at it’s death, would be too much.  It would kill e’ry man, woman and child in this city.  I will no do that.”

Caprise slumped. “What good are you then?” His voice was bitter.

Patrick smiled and leaned forward.  His grin would have made Satan himself proud,

Caprise  blinked.  “So you won’t kill it, but… you can torture it?  Make it suffer?”

“Good.”  Caprice’s voice was a snarl.  He gestured to Viano.  The young man topped off Patrick’s glass.  Caprice picked his up, and Patrick did the same.

“To Anna, may she rest in the arms of the saints,” said Caprice, solemnly.  “And to the O’Malley, who I ask to rid us of this fata.  You will do this?”

“Of course.  It’s what the O’Malley does.  It comes with the title, sure an’ it does.”
Posted by Samrobb on 9/23/2018 No comments:
Email ThisBlogThis!Share to TwitterShare to FacebookShare to Pinterest
Labels: Personal, Writing

Works for me.
Posted by Samrobb on 9/07/2018 No comments:
Email ThisBlogThis!Share to TwitterShare to FacebookShare to Pinterest
Labels: Snark, World View
Newer Posts Older Posts Home
Subscribe to: Posts (Atom)